I made it to the US and even got one of the rare shuttle buses that takes you down town New Orleans for only 2 Dollars. My hotel there was pretty fancy and nice, but first I had to put the air conditioning ten degrees up.

Now, I have been in New Orleans several times before, but never by myself. So this time I was able to do some touristy stuff (that excludes Bourbon Street). I browsed around shops, visited lots of Galleries and generally hung out in the French Quarter. I also went running on a Wednesday morning which was pleasant since barely any drunk or stoned weirdos had been out at this time of day. Apparently there are so many of them in New Orleans. One woman would sit at the Mississippi shore reading out a book (The Bible?) loudly. Another one walked around talking loudly to herself. Random people would come up and talk to me and I have no clue even about what because nothing they said made any sense. Very strange!

In the evening Liam (my best American friend) and Ken picked me up and took me out to a really nice rooftop bar with great views and even greater cocktails. Two hours later Ryan’s plane arrived and after four months I was finally re-united with my husband. Happy days. 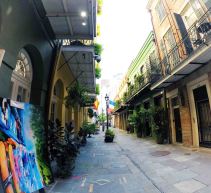 wednesday concerts at the squaer 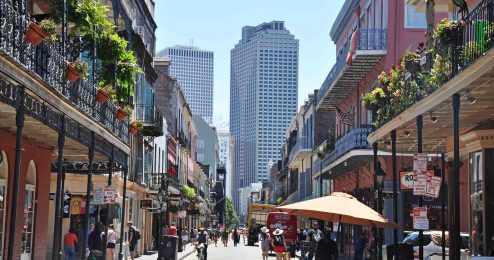 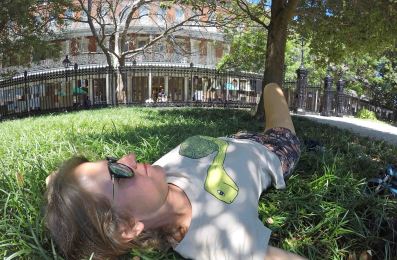 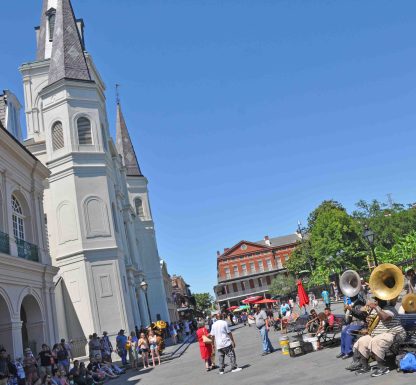 The next two days we all spent in Baton Rouge (where Liam lives), that’s one hour away from New Orleans. It has been two great days where Liam and his girlfriend Rose got married after being together for like 10 years. The wedding took place at her grandmother’s house (in the back yard) and had been officiated by their friend Ken who actually became a minister just for that reason. In the US it is not hard to get the “license to officiate a wedding” – just some clicks and a signature and here you are a “priest”. This wedding was quite special because there had been no “outside” person involved (they even knew the photographer), it’s taken place at a stunning location with a romantic garden and two of their friends performed a song that Liam composed himself years ago (he is a musician). It’s been a great ceremony with perfect toasts by both dads. After that we brunched and partied with the Mr. and Mrs. and had a good time. Cocktails, bubbly and tasty food. Also I have used an Uber for the first time too. Perfect day. Congrats to the groom and the beautiful bride. 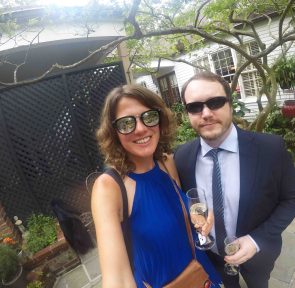 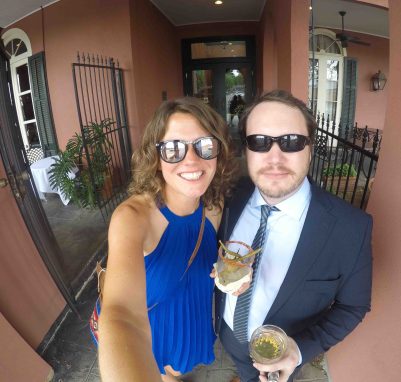